Had a great 7th Annual Downtown Hutch Rod Run with 330 + cars registered (20 Club cars). Great weather with fun for all ( with the exception of a future CKCA member that had a ‘carb’ fire on his ‘61 and ruined his day for sure). Members that did have better days were winners of the following classes.
C3 – Mike Lewis; C4 - Doyle Keffer; C6 – Dusty Moore

Thanks to all the members that helped volunteer! It is very much appreciated. Remember our next show is Vettes and Harleys at the Zoo in April (? 25th & 26th?). We received a lot of nice comments about the show and I want you to know we do appreciate it!

Member Wayne and/or Marsha Strawder won the 76 Vette Giveaway! Marsha said she filled out the ticket that won so they will have to fight that out!

The mini Vette was won by Don Young from Hutch who said it would go to his Brother Steve’s 1 year old granddaughter for Xmas! (Steve is also a future member)

Thanks again to everyone,

A special thanks to Steve Petermann and JT Crank for allowing members to look over their Torch Red C-7 Stingrays. JT Crank (son of Rich & Kathy Crank) received an award from the Downtown Hutchinson Rod Run. JT’s miniature C-7 Stingray was the first C-7 in Hutchinson and he displayed it next to his family’s ’89 Coupe at the 2013 Rod Run. The C-7 trophy was presented to JT by Rod Run President Jim Gruver. 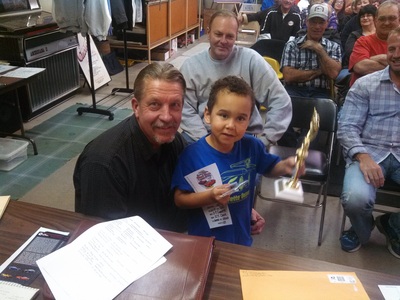 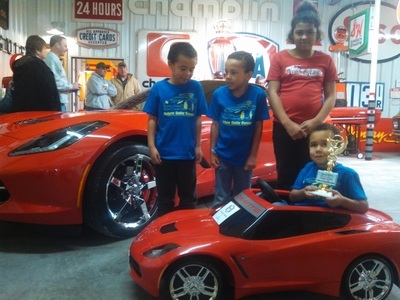 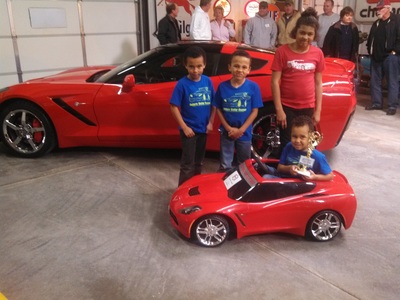 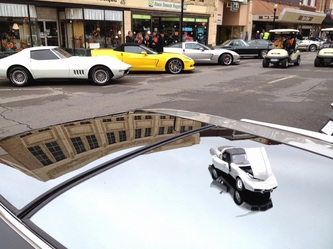