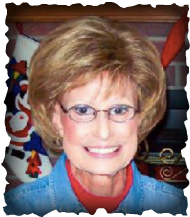 Connie Jo (Ary) Essells, 71, passed away peacefully in the presence of her family Friday evening, Oct. 7, 2016, at Hospice House, Hutchinson. She is survived by: her husband of 45 years, Gary Dean Essells of Hutchinson; her daughter, Gina Long and grandson, Andrew Ysac of Hutchinson; her son, Timothy Long and wife Holly and grandson, Noah of Englewood, Ohio; her mother, Betty Ary, Buhler; sisters, Phyllis Howard (Mike),Vicki Demoret (Bob), Paula Davis (Larry), Becky Long (Carl), and Tracey Ary; her brother, Ron Ary (Linda), all of Hutchinson. She was preceded in death by her father, Paul Ary.Connie Jo was born April 5, 1945, in Hutchinson, to Paul and Betty (Milhon) Ary. She graduated from Lewis, Kansas, High School in 1963. She attended Grace Hospital School of Nursing and graduated with an RN Degree in 1965. She worked in Surgery at both Grace and St. ElizabethHospitals for two years before joining Dr. Jack Schroll at the Hutchinson Clinic as his Office Nurse.In 1976, she moved to North Platte, Nebraska, when her husband Gary took employment with the Union Pacific Railroad.Connie Jo worked briefly in nursing and retail, before joining a paging and cellular company, Total-TelePage of Nebraska, retiring as General Manager in 2006. She and Gary returned to reside in Hutchinson in September of 2006.

Connie Jo was a loving wife and mother, always putting others before herself. She was a member of the North Platte Chamber of Commerce Hostesses, volunteered for 18 years with the Nebraksaland Days Rodeo Dance Committee, hosted crew members of the nuclear submarine USS Nebraska during their annual visits to Nebraskaland Days and was awarded the Dale Studley “Best in the West” Memorial Service Award in 2000. She opened her home to dozens of foreign and American students and was deeply involved in the Mid-Plains Community College Basketball Host Parent Program for almost 20 years.She will be remembered as a most special sister, wife, mother and friend to all those whose lives she touched.​ 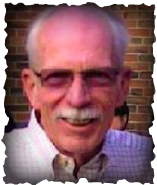 Jerry Allen Gross, 71, died June 13, 2016, at Hospice House, Hutchinson. He was born May 10, 1945, in Hutchinson, the son of Reinhold William and Mildred Jane Rayl Gross. He was a graduate of Macksville, Kansas, High School and served in the Kansas National Guard. On March 5, 1967, Jerry married Janis Kay Spangler in Hutchinson. He was a VW mechanic at the former Boyd Motor Company, owned and operated the Larkland Champlain Service Station, and was theretired owner of Jerry’s Lawn and Landscape. Jerry was a member of Hutch Bunch Radio Control Club, Central Kansas Corvette Assoc. and the AMA League of Silent Flight. He is survived by: his wife, Janis of the home; daughters, Vickie (George) Hoskins of Hudson, Ohio, Julie (Viktor) Tarm of Wichita; brothers, Bill of Larned, Bob of Cedar Rapids, Iowa; sisters, Barbara Cook of Hutchinson, Allene Leach of Texhoma, Okla.; and five grandchildren, Mikayla, Shelby and Elijah Hoskins, Marley and Kal Tarm. He was preceded in death by his parents.

Jerry and his wife Janis have been members since 2015 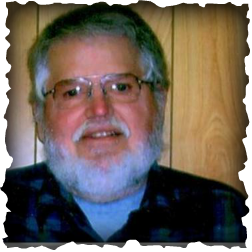 Duane and his wife Karen have been members since 1983.

Duane Louis “Uke” Ukens, 74, died April 8, 2 015, at his home in Windom. He was born June 7, 1940, in Stafford, to Edwin W. and Norma P. (Hoskin) Ukens. Duane graduated from Hutchinson High School in 1958 and attended classes at Barton County Community College. He was owner and operator of Ukens Welding and Windom Dozer Service. He worked for Morton Salt, in South Hutchinson, as a mechanic. Duane had worked several manufacturing jobs before he became self-employed. He was a member of Windom Church of Christ. On Oct. 1, 1965, he married Karen Marlyne (Neel) Cordell at her parents’ home in Windom. She survives. 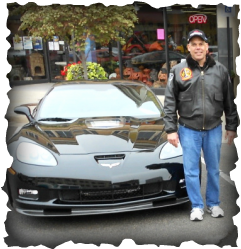 Mike was a 1983 graduate of Burrton High School, an avid cyclist, a member of CKCA Corvette Club and a member of Emanuel Lutheran Church. He was a Navy veteran, serving from 1988 to 1996, including a tour in Desert Storm. Mike was a business executive and owner of Pipeline Testing Consortium, National Compliance Management Service, American Medical Review Officers, Neuway Investments and Bluing Products, Inc. 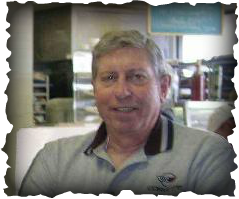 Robert “Bob” G. Watson, 70, died September 5, 2013 at Hutchinson Regional Medical Center. He was born September 15, 1942 in Wichita, the son of Garland and Anna Davis Watson. He was a 1960 graduate of Hutchinson High School. A resident of Hutchinson most of his life, he had worked for DCI and later worked as a contract programmer. He was a past President of the Mid State Street Rods and had been a member of the Corvette Car Club, both of Hutchinson. He married Susan Thompson in1962. They later divorced. Survivors include 2 sons, Michael Watson, Baldwin City and Mackie Watson, Sterling, a brother, John Watson, Joplin, MO, a sister, Anita Peckham,Texas, 7 grandchildren, and a good friend and companion, Merna Sanburn. He was preceded in death by his parents.